How 4 Policies could save forestry jobs and improve our market exposure to China.

How 4 Policies could save forestry jobs

OPINION: With the Chinese market for logs grinding to a halt, Finance Minister Grant Robertson is urging government departments to come up with policy ideas to diversify markets and prevent 1,500 forestry workers losing their jobs.

He wouldn't need to, had Labour implemented its 2017 election promise to support the forestry industry with government procurement. Increasing supply to local sawmills is a far safer and more predictable option than leaving 60 per cent of our logs in the China basket.

Consultancy Deloitte estimated that if policy changes lead to a 25 per cent increase in wood's domestic market share there would be demand for an additional 313,000 cubic meters of structural timber annually. Add to that the resulting volume of export and lower grade timber and the extra demand is over 1 million cubic metres. That needs 1.75 million cubic metres of logs.

Marty Verry, chief executive of Red Stag Timber and a leading voice in the forestry industry, says it’s not too late for the Government to keep its promises.

But the policy was never implemented.
The Forest Owners Association estimates 1500 jobs could go this year. Half of those could have been saved. It should have been done under Steven Joyce as economic development minister, but it was never his policy. It is Labour, Green and NZ First party policy though. Labour campaigned hard on it in 2017, and got elected to implement it.
Successive ministers - Parker and now Twyford - have not prioritised it, yet - have instead backed overseas cement and steel manufacturing jobs. The damage is done. It's too late to save many of the jobs being lost.

Rather than point the finger at those who presided over delays we need to use this opportunity to put the policies in place now to rebuild those 750 jobs.
So here's a package of four policies ministers Robertson, Parker, Twyford and Jones should prioritise:

1. The first among them is the long-promised government wood procurement policy. New Zealand architects, engineers and builders have the experience required to design these now. The Deloitte analysis calculated a net present value of $411m within five years from increasing wood's market share by 25 per cent. That took no account of the carbon value of the policy. It will also generate 1050 new jobs in the wood processing sector. 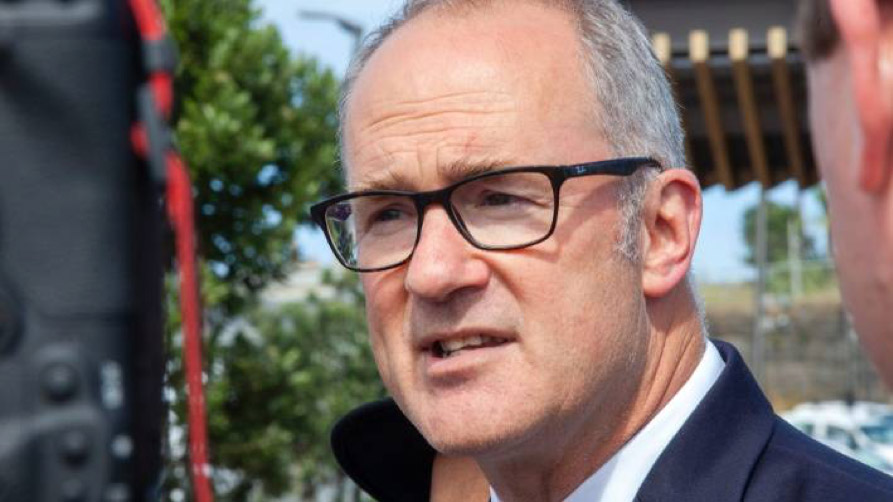 Economic Development minister Phil Twyford says the Government has plans to support families affected by the downturn in the forestry industries due, in part, to the coronavirus outbreak.

Many parts of the world have these policies. France recently announced it will require government buildings to be built with at least 50 per cent wood, following the announcement by the local government in Paris that all buildings up to eight storeys high for the 2024 Olympic games must be all-timber construction.
Immediate implementation of the policy will help stem some jobs losses in the short term. Mills will expand and forest investors will plant more trees knowing there will be a stronger, more reliable domestic market for logs in the future.
It's also crucial we shore up confidence in forest investors if we are to achieve our 1 billion trees climate change targets. The domestic market for log processing is the obvious choice given the plethora of billion tree programmes around the world that will target China for sales, including the World Economic Forum's Trillion Tree programme that President Trump has just committed US support for.
Broader regulation here that all buildings must achieve Embodied Carbon neutrality would be consistent with the Zero Carbon Act and the government's efforts to support a bio-economy. Embodied Carbon is the carbon associated with materials used when a building is constructed.
Indeed, research by Canterbury and Victoria Universities and Scion helped establish that New Zealand could be carbon neutral in building structures if two-thirds of all mid-rise buildings were made predominantly with wood. This could be done by 2025, eliminating much of the 10 per cent Embodied Carbon that research company ThinkStep estimates is caused by building construction.

2. The second is the Harvest Wood Products. These are the international carbon accounting credits now earned by countries for converting logs into long-life wood products. Just as foresters earn carbon credits for locking up carbon for the first 28 years in trees, so too do wood processors for locking it away for a further 50-to-100 years.
The credits should be devolved as soon as possible to those processors earning them, to help fund the capital projects required to process the one million cubic metres of timber targeted by the wood procurement policies referred to above.

3. Third, the steel and concrete industries need to be bought fully into the ETS, instead of being subsidised with partial exposure as is currently the case. For imports from countries that don't put a cost of carbon on steel and cement, a carbon-linked boarder adjustment tariff should be applied to level the playing field with New Zealand producers.

4. Lastly, Provincial Growth Fund grants should be used to support processing of new products not currently made in New Zealand. Practically every other country provides this type of support for wood processors that New Zealand processors have to compete with. We need a level playing field.
These four policies – Wood Procurement/Embodied Carbon, Harvested Wood Products, bringing concrete and steel into the ETS and grant support – are the easy-win policies to add 1,800 jobs back into our forestry and wood processing sector and reduce our reliance on China.